Since the first of January there have been more days over 60 than below zero! Unheard of in Western Illinois! Usually January here has several days where the temperature does not get out of the teens and only a day or two that the temps get near fifty.  This winter we have no days below zero that I can remember and many days in the sixties with only one snow that needed to be shoveled out of the driveway.  I know several of you hard core republicans out there don’t believe in science, but you got to wonder if there might be such a thing as climate change. 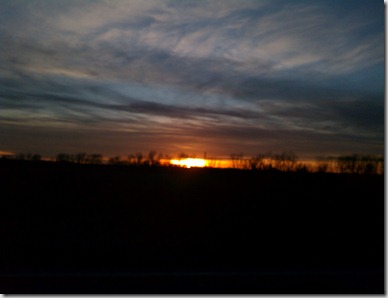 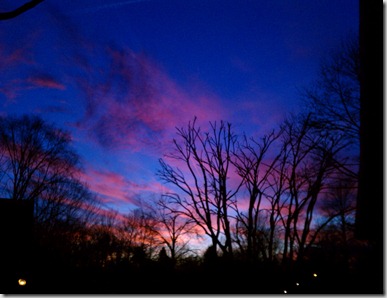 Also with the wild weather, I was able to see the “northern lights” late one night!  They were behind a row of clouds on the northern horizon and it took a few minutes for me to recognize what they were.  It was like there were several colored search lights moving around behind the clouds.

On January 13th my mother died.  She was 93! She is survived by 10 children, 30 grandchildren and 37 great grand children! She was quite a lady. While raising 10 kids she worked the garden, raised chickens, was a 4H leader, made quilts, and helped at church.  Then after the kids were raised she continued her work at the church, to make quilts and crochet as well as travel.  The last few months she suffered from dementia and lived in a nursing home.  Years ago the ever practical Mildred had made up her mind that when she died she wanted her body “to go to science.”  As per her wishes her body was shipped off to Washington University in St Louis.  By doing this it allowed us to have her funeral/memorial on the weekend when it would be easier for family members to travel. 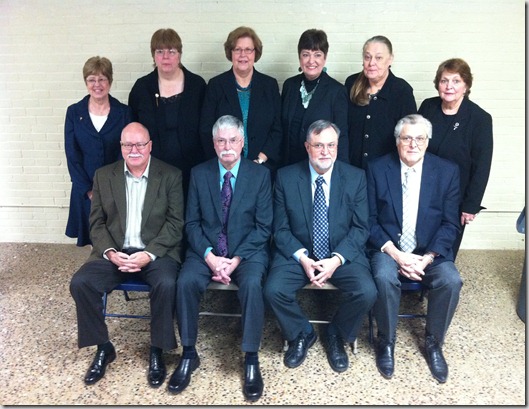 All my brothers and sisters…one of the few times in recent years when we were all together!

My mothers death was a relief.  It was hard on my older brother and sisters to be the ones taking care of her.  She did not know where she was or who anyone was.  I had said my goodbye several months ago when I saw the light return to her eyes.  We were able to talk for about a minute before the light faded.  She told me she was scared… how do you answer that!  With my illness, I had been near death a time or two and in those situations it would be easy to just relax and let go.  So that is what I told her. I told her we would all be fine and it was ok if she wanted to let go.  Now some of the family members are struggling with guilty feelings for feeling relieved that she is dead.  I guess that is normal and natural.

On the way to our house for the funeral, our son and daughter in law, hit a deer totaling their car.  They ended up in the ditch destroying the passenger side of the car.  Lucky their car had side airbags or Kyle might have gotten hurt.  As is was, he was just stiff and bruised for the funeral.  So the next Saturday after the services we went car shopping! 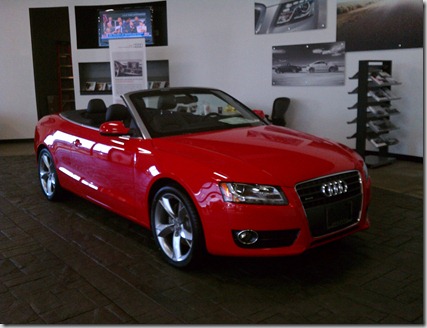 While the kids were looking at a car, I ducked into the show room.  Cindy and I have been looking to replace our A4, but I just could not justify trading our old A4 in on this new A5.   It is a thing of beauty but these cars have gone up $20,000.00 in the past seven years!  Top down, forty mile an hour exits at eighty, Led Zeppelin “When the Levee Breaks” blaring away,  then blue and red lights and the bubble bursts.  When we first got our A4 seven years ago,  Cindy and I combined to get 3 speeding tickets in six months.  She sure is pretty!

Ah back to reality, Kyle and Jenni were able to find a nice used Maxima in Springfield.  It drives well has a moon roof, leather and is big enough for Kyle’s to get comfortable. I believe they got a good deal too.  The salesman told them he would hold a car that Jenni had fallen for on an earlier test drive.  But before they could get back with a checkbook another salesman had sold the car.  Jenni was mad and she let the salesman know it!  All 4foot of her!  Kyle used that in the negations on the Maxima to get a better price. We all know not to upset the women but now I know you really do not want to upset the little women!