(Acworth, GA) On Sunday, Ken’s godson, Kenny, hosted a final barbeque to see us off.  We had been in NWGA, Northwest Georgia, since September, so it was the longest time we’ve got to spend with the Ellsworths since they moved to Georgia before the boys were born.  As I’ve said in past post, the timing was meant to be since Dave’s battle with cancer ended in February and we were able to be there during this difficult time. 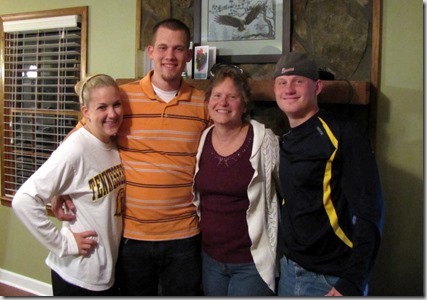 It was a beautiful day so Ken found a place to relax on Kenny’s back porch.  These chairs are some of the strangest I’ve ever seen! 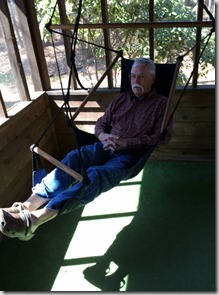 Kenny had plenty of help on the back deck where he was grilling the chicken breasts.  He’s introduced us to a new Montreal seasoning that we really like on grilled meats.  Donna’s sister, Diane, joined us along with Diane’s son, Jason and his family. 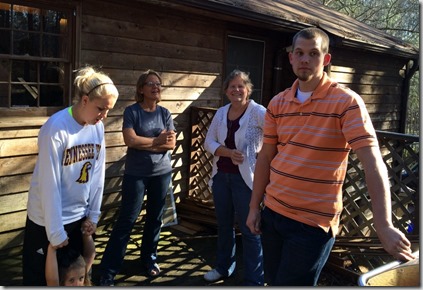 Everyone had contributions to the meal and, as usual, we had a wonderful feast with this crew. 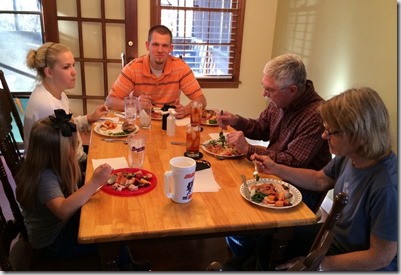 Kenny is an engineer and has a plasma table at his work where he can design some very intricate patterns in metal.  Here’s an example of his work that really impressed us. 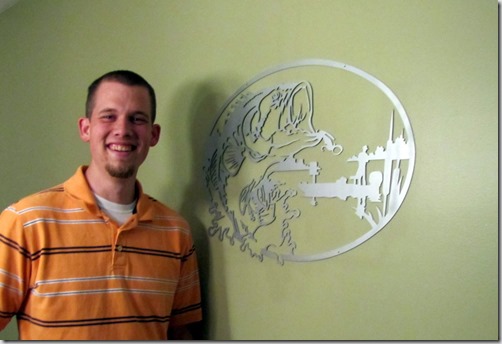 As it turned out, as a ‘thank you’ for Ken’s help with his bathrooms, Kenny made one as a gift for us.  We’ll be able to put this out at our RV sites.  Ok, so Brian did a great job of photo-bombing my first shot! 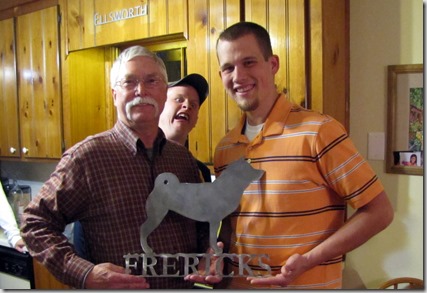 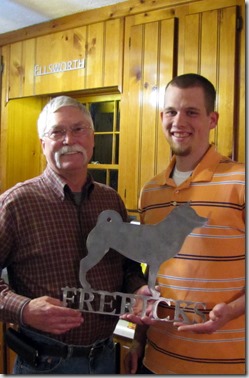 We are really going to miss our second family but they usually made a trek to Quincy around time of the country fair so we’ll hope to be with them again the end of July.  Ken and I are also thinking the April and October would be great times for spending time a the nearly Corp of Engineers park, McKinney Campground.